After around three weeks here, I feel confident to say that all the food I’ve had in Finland under the adjective “Mexican” is a lie. I knew it wasn’t correct, but had no idea it would be this far off..

First I want to introduce the most important food for me so far: tacos. Especially Tacos al pastor, which could somehow be described as a delicious kebab (real - Turkish, not Finnish) meets Mexican spices and other ingredients, such as Tortillas. Normally you savour them with a selection of different salsas, lime, etc. 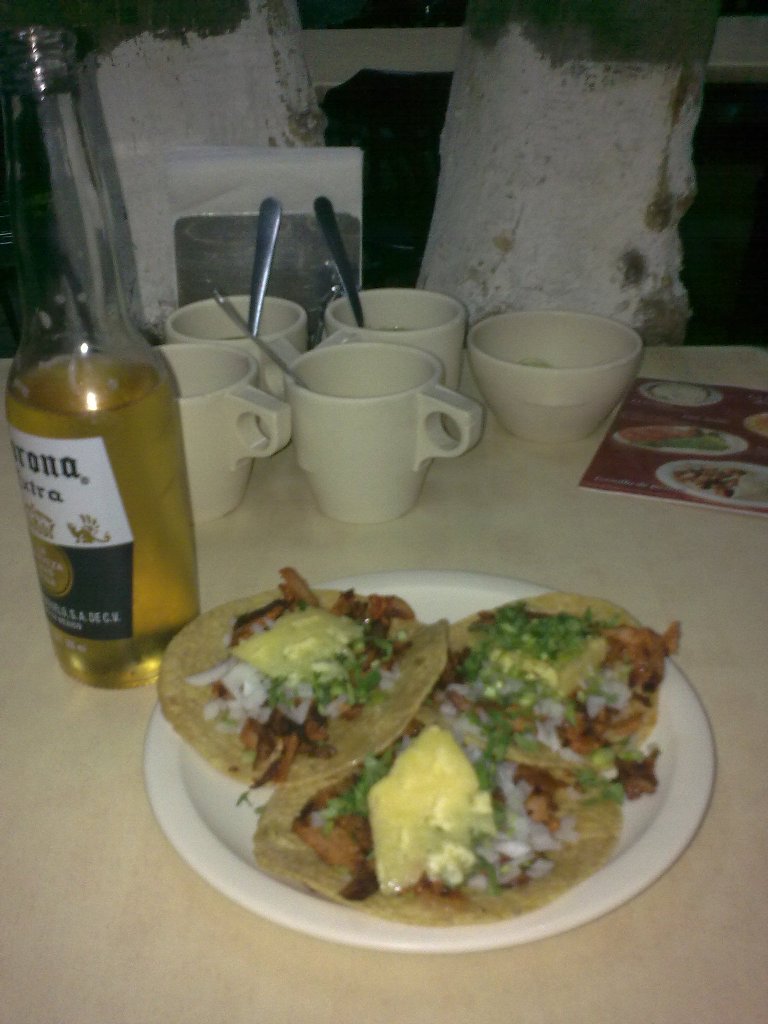 Then a few quick fixes:

Of course México is a huge country (compare to central Europe) and I haven’t been outside D.F. yet. I might have more complaining to do once I’ve visited other places as well :)

Other articles in travel

Other articles in méxico